Complete Writer’s Guide: How To Write Different POVs in Your Book

One of the most important questions before writing a book would be to ask yourself whose point of view you will write from?

Although many might not consider this, the POV of your story holds great importance, as your book will be told from that person’s point of view.

Entirely depending on your chosen genre, you can go with the most common, which would be the point of view of the main character, or if your story calls for it, then there is also another option: to write from multiple points of view.

This would mean that you will write from the eyes of multiple of your characters; this, however, is harder than writing usually, but have no fear as I’ve curated a complete guide on how to write different POVs in your book.

So buckle up; it’s going to be a long ride ahead!

How to Write Different POVs in Your Book 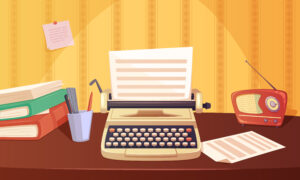 Ask yourself first, does it make sense to add multiple points of view in your story.

It might be a good idea for some as multiple points of view allow you to create a wide-ranging understanding of your world, and you can especially use this way to introduce the reader to a complicated world, idea, and or system.

On the other hand, numerous points of view can cause the reader to feel a certain detachment from the character, especially if you don’t have one main character for the readers to care about. The reader would take no longer root for one character as now they would have a worldwide awareness and understanding of the characters and their needs and wants.

Although multiple points of view could be an effective way for some people to tell their story, singularly, if you want to provide a sense of objectivity to your story, keep in mind that you might sacrifice perhaps a certain character’s intimacy with the reader.

Related: How To Make Time For Writing: 7 Tips For Busy Authors

Make sure that each POV character has their own distinct voice

This might just be the most important thing to keep in mind when writing multiple points of view. You absolutely must develop each of the POV character’s solo voices so that all the respected perspectives presented to the reader are clearly distinct from each other.

There is really nothing more discouraging than reading a book with multiple POVs in which all the viewpoints and characters sound all the same. This can ultimately contribute to the readers feeling rather bored, confused, or even not sure that they don’t really know the main characters; they might even wonder why it was necessary to add certain viewpoints at all.

For this reason alone, it’s incredibly important that each of your POV characters’ voices are all distinct enough and unique to themselves so that all of your perspectives don’t end up getting blended in with each other.

Now, this isn’t exactly the easiest thing known to achieve. It can actually prove quite challenging to develop and maintain your general voice as a writer while also creating distinct voices for each of the characters with POVs. However, with the right amount of hard work, it’s unmistakably possible.

Everything about a character, starting from their dialogues and simple actions to their thoughts and internal motivations, can ultimately develop each character’s unique voice as a POV narrator.

The further you more thoroughly know and really understand your point of view characters, the better you will develop their own unique voice. So make extra sure that you know and are aware of your feelings from the inside out.

Related: What Common Challenges Do Readers Face And 3 Ways To Overcome Them

As mentioned before, each of your characters should have their own unique point of view in your story. As otherwise, there is absolutely no need to use multiple perspectives for your novel.

To make a story better, choosing distinct characters is there as they have a purpose for being in the story in the first place and they are then further used to narrate and better explain the story to the readers. Avoid using similar characters for points of view, or at the least don’t hand them each their very own point of view as it can and will just confuse the readers. Complete clarity is necessary and must be a constantly nagging companion for many writers, especially for those who write from multiple perspectives.

Always remember that every character is a hero of their own story, so also add further interest to the character whom you have given a point of view, and add their arc to the story as well to provide them with a sense of character development which will ultimately make the story better too.

Related: 7 Simple Ways To Write Your First Book: A Quick Guide To Get Started

Don’t have too many POV characters.

As a universal rule for multiple POV writers, you must avoid adding too many POV characters to your story, for numerous numbers of reasons. As having too many characters with POVs can.

Now, even though there are many successful books and series that basically use too many points of view to keep track of, such as George R. R. Martin’s A Song of Ice and Fire, for example. This approach is, however, not effective nor is it recommended, especially if it’s going to be your first time writing with multiple characters’ points of view.

Going with the recommended two to five POVs is most usually the safest and most effective. This way, you will develop each of the characters fully, tie their ultimate storylines with each other, and also keep the readers engaged in the story without confusing or overwhelming them.

When you are writing from multiple points of view, you will need a clear way to transition between each of the perspectives. Naturally, the easiest and the most common method used for alternating between the different POV characters is a thorough chapter by chapter, which is basically writing one chapter from one character’s point of view, the next one from a different character’s point of view, and further on.

However, another incredibly important decision to be made when writing multiple character perspectives would be which parts of the story to be told from whose perspective.

This step might prove overly easy in some parts of the story but would undoubtedly prove to be difficult in some as well.

If a bunch of your point-of-view characters are present together in the same scene and you cannot decide from whose perspective to show it, asking yourself a couple of the following questions can really help.

You should also avoid using different perspectives to tell repeatedly unless you are using this device to reveal important information or perspectives of the scene.

To keep away from slowing down the pace of your narrative and boring or even frustrating the readers, it would be best to set the scenes from one carefully chosen person’s perspective.

Related: How To Become A Better Writer Fast: 13 Effective Tips To Takeaway

This final tip isn’t essential but would benefit you nonetheless. This is simply an option that would help you, especially if you are struggling to streamline and keep in focus your story.

Similar to the other many novels written using a single perspective, it might do you good to have one “main character” in your multiple POV novel. This would then mean that one of your characters receives more of the screen time aka more chapters than your other POV characters, and whose story and character arc is to be the overall focus of the novel and or series.