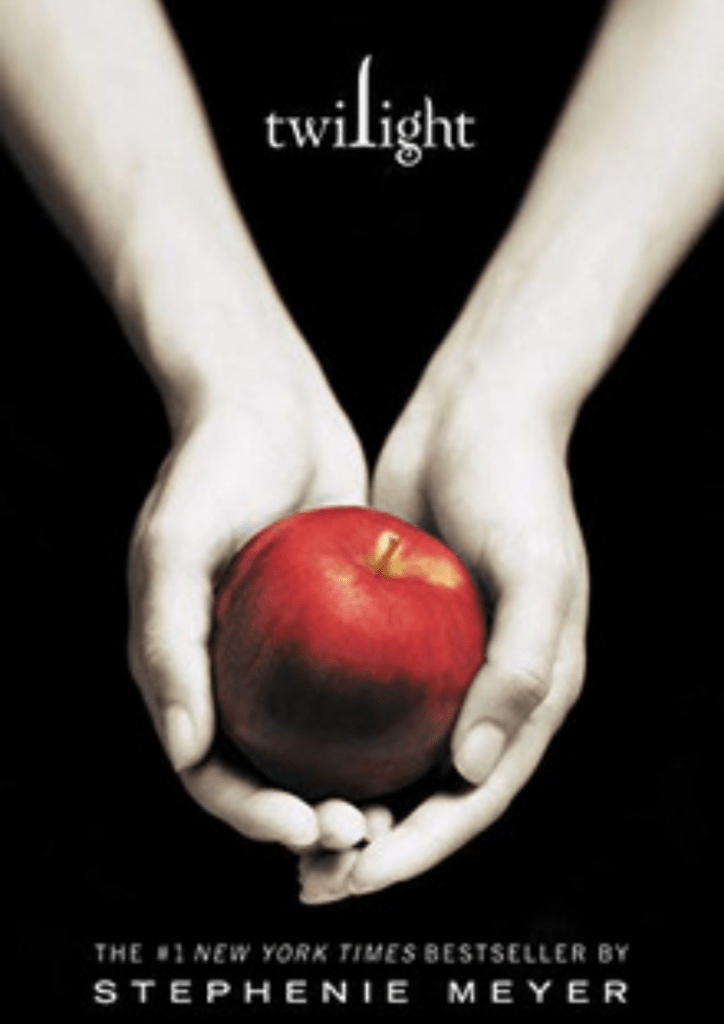 The Twilight book starts with Bella, a girl moving in with her father in Forks, Washington, years after her parents’ divorce.

Bella hates forks since it’s always Cloudy and raining there, but she did it for her mother’s happiness.
On the first day of her new school, Bella drove in the old truck that her father Charlie gifted her, which she loves.
School went just as she thought, everyone was staring at her, but she also made new friends until she sat next to a boy in one class.

The boy was acting very weird and far; he even kept giving strange and even angry looks which were confusing her then on lunch break, she found out that the boy’s name is Edward Cullen.
He was adopted by Mr and Mrs Cullen with four others when they were eight, and they just moved to forks two years ago.

All the Cullen kids were sitting together at the same table, and they had this different vibe about them which was both strange and mysterious.
The five of them were weird, and how they looked similar but nothing alike and Edward Cullen kept staring at Bella with a somehow frustrated expression.

Bella also overheard him trying to change his classes to not have to be in the same category as her; Bella couldn’t understand how someone could hate her that much, especially since she didn’t even know him.

The next day at school, he wasn’t there, but the rest of his siblings were.
So was he absent on the day after that, and Bella couldn’t help but think that he isn’t coming to school because of her.
Then one day, when she had long since accepted his absence, he was there sitting on the seat next to hers, and he even started casual talk but still kept his distance though Bella could have sworn that his eyes were a different colour than before.

He still kept staring at her at lunch, but this time they weren’t hostile, just curious but still frustrated.

The next day it was snowing, and it was indeed a nightmare for Bella since she hated snow.
When she reached school, she almost got crushed by a car that lost control, but Edward Cullen, who Bella saw was across the street, moved her out of the way and stopped the car with his bare hands.

Bella was admitted to the hospital, but she was beautiful.

She even met Mr Cullen as a doctor.
Bella tried to question Edward, seven, but he just denied everything, saying that she had gotten a concussion and avoided her questions.
The next day, Edward Cullen completely ignored her and kept more distance than usual,
The spring dance was coming ever closer, but Bella, who didn’t want to go, decided to arrange a trip to visit a different country, so she doesn’t have to go. Still, Edward Cullen offered to take her since he said he didn’t think her old truck would make it, and he even started sitting with her in lunch breaks, but Bella knew something was odd about him.

At a beach trip with friends, Bella met with the son of her dad Charlie’s friend, and they knew each other, so Bella decided to ask him about the Cullens.
Her friend Jacob tells her about an old tale about vampires and how long ago there came a clan of them, but they were different and did not drink human blood though they were still vampires and dangerous; these vampires are the Cullens.

Though he did just tell it as a tale, Bella started researching vampires and just couldn’t get them out of her mind since the proof was immense.

Bella decided to go with her friends Jessica and Angela to help them pick out a dress for the spring dance, but she just wanted to have something that keeps her thoughts busy.
Since it was her first time in the current place, Bella gets lost when she went separate from her friends, and some people kept following her, but she kept walking and at last, they cornered her but then Edward comes in his car and takes Bella away.

Bella uses the chance to ask him if he is a vampire, and turns out he is, and Edward tells Bella about vampires.
Apparently, vampires don’t burn in the sun, but they can’t come out under it either, so that’s why they live in forks because it’s so cloudy.

It also turns out that they don’t need to sleep, but the most fantastic thing is that some vampires have powers like Edward, who can read minds, but for some reason, he can’t read Bella’s, and it’s very frustrating for him, but he asks that If on the day of spring, he can take her somewhere else and she agrees.
For the next few days, Edward drives to school with Bella, and they ask each other questions.
Bella even finds out more about his siblings.

He had two brothers, emmet, jasper and two sisters Rosalie and Alice as well as his parent Carlisle and Esme, from them only two more of them have powers, who are jasper who can mess with people’s mood and Alice who can see the future but nothings that concrete set since her vision changes as people change their minds.

Then the day of the spring dance and their trip had finally arrived.

Edward takes Bella to a beautiful flower meadow where he says he comes to whenever it’s a clear sky in forks since they can’t go in public and since today was a sunny day, Bella knew what he meant because one step in the sun and his whole body started shining like diamonds.
They got together and went back to Bella’s house but since vampires can become invisible, he also stayed the night.
In the morning Bella agreed to visit his house and It was a mansion of course.
Edward’s parents were really nice especially Esme who was quite caring and Alice took quite the liking to Bella. The only one who didn’t like Bella was Rosalie.

Alice saw a vision that it would be thunder storming tomorrow, so the Cullens made plans to play baseball for some unknown reason, and Bella was invited.
Tomorrow Bella finally tells her father Charlie, and he seemed okay with her going but couldn’t stop laughing that she was going to watch baseball since she doesn’t like sports.
For some reason, they play baseball in a very far off forest.

Bella was to sit with Esme who was the coach and then the game begins but Bella couldn’t really see much because of how fast they were running though she did understand the need for the thunderstorm since when they hit the ball it’s so loud that it can only be disguised by the loud noises of thunder but then Alice gets a vision and they all start to worry.

The loud noises of their match attracted passing vampires that were hunting nearby and they were coming towards the Cullens but the problem was that they were actual vampires that suck blood and kill humans so it was troublesome to have them nearby when Bella was around.
They were a group of three which included one woman and two men.
The Cullens tried to hide Bella but her scent was just too strong and after they left Edward took Bella and ran.

Edward had read one of their minds and he wanted to eat Bella because of how the Cullens were protecting her and thought it would entertain him but the worst part was that he was a tracker and the woman was gonna help him through the other man wasn’t.

Bella first left Charlie’s house in order to keep him safe and the plan was to leave a fake trail behind while Bella flies to California (where she used to live) and stays in a hotel with Jasper and Alice to protect her.

After a few days in the hotel, Alice gets a vision of James, the vampire trying to eat Bella.
Alice sees James in a dancing studio which when she describes, Bella says is the one where she used to go when she was little right here in California so Jasper and Alice start to panic then call Edward who agrees to come immediately on the next flight which is in the morning. They
Bella gets a call from her mother but it wasn’t her, it was James and he said that he has her mother thought he wouldn’t hurt her unless Bella comes to the said place alone and tells no one about it then he gives Bella a few instructions then cuts the call.

The following day they go to the airport to await Edward’s arrivals, but just before that, Bella takes advantage of her knowledge of this airport and escapes. Then, she goes to the place where he said to come.
When Bella arrives there, she is surprised to find that her mother isn’t here. The voice that she heard was of a record player he took from their home; then he started playing around with Bella. However, she was still getting hurt a lot. Edward finally arrives and saves Bella, and he kills James, but he had already bit Bella, so the venom was inside her. However, Carlisle, who was fixing Bella’s broken leg, couldn’t take care of both, so Edward sucks out the poison from the bite. When Bella wakes up, she’s in a hospital, and Edward was there along with her mother, who stayed the night there. Still, everyone thinks that all her injuries were because she fell down the stairs after getting smashed through a glass window which can be entirely possible because of how clumsy she is and because Alice got too carried away when setting up proof that Bella is fine.

No Comments on Twilight Summary

PrevPreviousHarry Potter and the Deathly Hallows Summary
NextCharlie and the Chocolate Factory: A Play SummaryNext
On Key