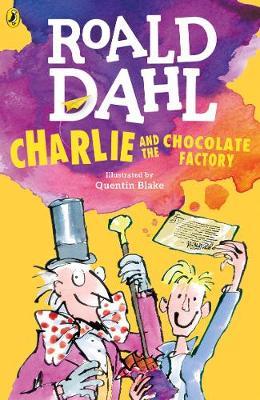 Charlie and the Chocolate Factory: A Play Summary

The Charlie and the Chocolate Factory begins with Charlie Bucket, a poor skinny boy that lives with his family of six in a small wooden house on the edge of the town.

Charlie loves chocolate, and every year on his birthday, his family saves up all year and gets him chocolate. Still, the one thing in particular that tortures him is the chocolate factory near his house that he has to cross every day to school, and it’s even the biggest in the world.
The factory owner is Willy Wonka who is a genius when it comes to chocolate, but no one has ever seen him for the last ten years.

One day he sent out a notice saying that he will allow five kids to come to his factory, and these lucky five will be able to see all the secrets and magic.
To be one of the lucky five, you need to find one of the golden tickets on the back of any five of his chocolates in the entire world.

Most people thought this was a marketing technique, but it worked nonetheless because people worldwide were buying his chocolates, and the very next day, one of them was found.

It was a boy named Augustus Gloop, and he was a fat greedy boy who had found while countlessly eating chocolate. Then on the day before Charlie’s birthday, another kid found the second golden ticket.

The second was a girl, and her name was Veruca Salt, and she was a spoiled girl whose father owned a big factory, and on her request, her father bought tens of thousands of boxes of chocolate and made his workers open them when finally someone found one.

On Charlie’s birthday, his parents and his four grandparents saved up money and bought him a Willy Wonka chocolate bar, but there was nothing on the wrapper they were not too surprised about.

That evening two more kids found the two golden tickets.
The third being a girl named Violet Beauregarde, who chews gum all day.

The gum she was chewing on while giving her interview was being chewed on for three whole months.
When she heard about the golden tickets, she put the gum away for a while and moved to chocolate.

The fourth was a boy named Mike Teavee, a boy who can’t keep his eyes off his television.
He watches it every minute of the day, even if he doesn’t like some of the shows.

After two weeks, their family begins to starve since Charlie’s father lost his job due to the terrible weather, which was double wrong for Charlie since this age was when kids needed to eat the most.
When walking home from school, something silver catches his eye and there on the ground was fifty pence.

He first looked around to see if someone had dropped it, but that didn’t seem the case.

At that point all he could think of was food, so he went to the nearest chocolate shop and bought chocolate which he ate right on the spot and after not being able to resist, he bought another one but as he opened the wrapper, he was surprised to see something golden sticking out.

He got the last golden ticket.

He ran straight home and showed it to his family at once.
His grandfather, grandpa Joe was especially happy.

Charlie’s father read the ticket out loud and on it was written the date which was tomorrow so that was a lucky find and it also said that the kids would need to bring at least one family member, and it was decided that grandpa Joe would go.

On the big day, everyone was ready and standing outside the big chocolate factory and from inside came Willy Wonka, prepared to welcome all the kids and their parents inside.

From the first second, it is evident that Willy Wonka had a one-of-a-kind character.
First, they went to a room called the chocolate room, and they were surprised to find that everything in there was made of chocolate.

The ground, the trees, the bushes, even the ground but the most surprising thing of all was the great chocolate river that was probably the main attraction. It even had a large waterfall then the small Oompa Loompas that were knee height small and weird from every angle, which is perhaps only exclusive to the Willy Wonka factory.

They all roamed around for a while, but then Augustus Gloop got sucked up in the vast pipe that was made to suck up chocolate from the river in his attempt to drink from there.
When he got sucked all up, the Oompa Loompas started to sing a song as his parents were scrambling to go after him and the four kids went to another room in a boat and through the river.
Next was the inventing room where all weird and fantastic creations had something to do with chocolate or candy.

Violet Beauregarde got incredibly excited when Willy Wonka showed them a gum that can fill you up for an entire day, and it comes with a three-course dinner. Though it was still in progress, Violet wasn’t hearing any of that, and she just put it in her mouth and started chewing.
Finally, when she came on chewing the dessert part, it was blueberry pie, and she started to become round and blue like a natural blueberry to the point that she couldn’t even walk because she was so big.

Willy Wonka called a few Oompa Loompas to take her and her parents and get her back to normal. When they left the Oompa, Loompas started to sing again.
Next on the list was the nut room.

In that room, there were a bunch of trained little chipmunks getting nuts out of their shells flawlessly. With one look at that Veruca, salt demanded to her father that he had to get her one too right now, but when he couldn’t quite do that on the spot, Veruca became angry and went inside their glass encasing to get one herself, but that didn’t quite go what she expected.
The squirrels got a hold of her, and together they threw her in the dustbin shuts where they’ve been throwing the shelf and as Veruca’s parents went closer to see, the squirrels pushed them down too and as that happened, the Oompa Loompas sang another song.
The only kids that were left were Charlie and Mike Teavee.
Next, they went into an elevator with so many buttons that even the walls and the roof were covered in them.

Mike Teavee chose the television room of course.
The television room was all bright white, and Willy Wonka said that he was testing to see if he can send chocolate through TV in this room.
The Oompa Loompas were all wearing space-type suits, and they brought forth giant chocolate and said that it was because when they got sent over, they became way smaller.
A beam gets turned on, and the chocolate disappears, and after a while, it comes back out from the TV, which is across the room, but it comes back in standard size.
Mike Teavee gets fascinated and asks if humans can travel like that, but of course, Willy Wonka said that it would be too dangerous.
Mike Teavee ignores that and turns it back on; then he disappears only to appear again on the other TV but in a size that he can fit in your arm.
The Oompa Loompas come again to help and take Mike and his parents away, then the rest of the Oompa Loompas start singing again.
The only kid left now is charlie.

When Willy Wonka realises that, he happily takes Charlie back in the elevator.

Wonka tells Charlie that the real reason he did this was that no one lives forever, and he wanted someone to take over the factory when he dies, but an adult wouldn’t do it the same way. He would do it his way, so that’s why Willy Wonka wanted a kid so that he could teach him all the secrets as he grows up and the kids that Wonka doesn’t like will all be out, and Charlie was the last kid, which means that the factory now belongs to charlie.

The elevator crashes through the roof, and they fly outside so they can get Charlie’s and grandpa Joe’s family, but first, they check up on the rest of the kids who were just leaving.
They all were safe but not nearly as pleasing.

They go back to the little wooden house that Charlie lives in and crash through the roof in the elevator, and Charlie and his grandpa tell them everything and how the factory now belongs to charlie, and that’s where they’re going to live now.

No Comments on Charlie and the Chocolate Factory: A Play Summary

PrevPreviousTwilight Summary
NextThe Cruel Prince: The Folk of the Air SummaryNext
On Key