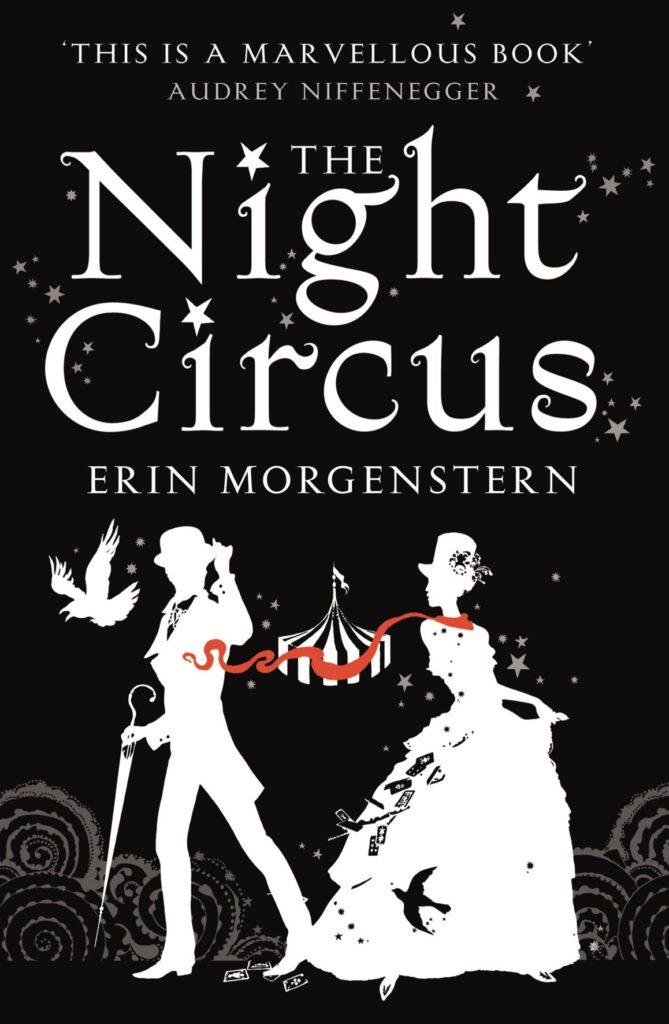 The Night Circus starts with Hector Bowen or more commonly known as Prospero, the enchanted who people may not know but is a natural magician and had just finished his performance only to find his five-year-old daughter, Celia Bowen, waiting for him since her mother committed suicide, leaving her with him.

Hector Bowen was not happy until he saw her daughter move a mug from her mind, and he starts training her.
Hector calls Mr. A. H is his lifelong rival, and they both have been competing for centuries using their students, so he puts up Celia as his new competitor and tells Mr. A. H to choose one student of his own.

Mr. A. H goes to the orphanage and chooses a young boy as his Student, and he teaches him magic, but he keeps him in isolation. When he turns nineteen, the boy moves out to his own apartment in London and gives himself Marco Alisdair, and meets Isobel Martin. She is actually a fortune teller. Meanwhile, Celia learns magic from her father.
A theater producer called Chandresh Christophe Lefevre invites a group of people to his house for dinner at midnight, where he tells them about his idea of creating a circus, unlike anything that people have ever seen in their lives.

The group agrees and begins immediately.

Soon they find a contortionist named Tsukino and in the auditions for an illusionist, Marco, who had taken up a job as Chandresh’s assistant since the circus was the venue for the challenge, recognizes Celia as her opponent while she was auditioning.

When he tells Isobel, she offers to be their fortune teller and moves with the circus to keep an eye on Celia, and she promises to send him letters, but it’s just not enough information.

On the opening night of the mysterious all-black and white circus that only opens at night, the multicolored bonfire is lit in the middle, and to the people outside truly looked like Le Cirque Des Řeves which means the circus of dreams.

At the same time, one of the performers gives birth to twins that are then called poppet and widget by the rest of the circus though are really essential in the circus. They also adore Celia, but they both had gotten a mysterious power when the bonfire had lit up since widget which is minutes older, can see people’s past on them and poppet can see the future in the stars.

Marco had actually invaded the circus with a magic spell through the bonfire, and Chandresh is not aware of this and has to get his memory erased if he comes close.

The other of the original organizers, like Tara and Lainie Burgess, and Ethan Bareis, the engineer also realize a few more weird stuff like how none of them are aging correctly and that no matter what, none of the performers get injured when performing their stunts or anything at all. Still, after a while, Ethan Barris gets aware of what’s going on since Celia and Marco had told him, and they often take help from him separately.

Tara Burgess asks Ethan about what he thinks, and he says that he wouldn’t know anything, so he sends her to see the man in the grey suit, who is Mr. A. H but there she gets no answers from him and suddenly gets hit by a moving train before anything happens.

Lainie then also asks Ethan about what is going on in the circus but he just tells her that he promised to keep it a secret and he had also created a tent called the labyrinth where Marco and Celia can collaborate together even though Celia still doesn’t know Marco’s identity which she only finds out when she mistakenly takes his umbrella out in the rain and notices that she is completely dry since a charm covered it.

The story goes to the future in 1902, where a boy named Bailey Clarke enters the circus of dreams. The last time that the circus was here, he had gotten a dare to sneak inside it in the daytime which he had done but he got help from one of the performers who found him and helped him get back, she even gave him her glove as proof.
In his current visit, he meets Isobel, who tells him about his future that he is gonna be part of the chain of events that she didn’t specify, and that he is looking for a poppet who was the one who helped him last time and gave him her glove.

Isobel gives bailey directions which leads him to poppet and widget’s performance and the three of them become quick friends, bailey even gets a lifetime free pass to the circus.
The circus also gains followers because of Herr Friedrick Thiessen, who is the creator of the clock in the circus he made at the request of Ethan Barris.

Herr Theissen was told to visit the said circus by a barman in France and he was so impressed by it that he decided to write a newspaper column about it which picked the interest of a lot of people and it began the era of revěurs which means dreamers and they are a large group of the night circus fans that follow it around the world, and they are known for wearing black and white with a splash of red like scarfs or hats which also helps them also find new revěurs.

Celia and Marco start liking each other despite the liking of their mentors, and one day Isobel finds out. Hence, she decides to leave the circus, so she doesn’t come in their way, but while doing so, she undoes a spell that she had cast, which nullify the circus’s bonfire spell that Marco had cast and it results in Herr Theissen’s death which quotes the whole circus for a while.

Celia figures out that there is no end to the competition and that it will only end when one of them dies so she tells that to Marco and she attempts to make the circus more independent so she can kill herself, but Marco has a talk with Tsukino, the contortionist who was Mr. A. H’s competitor in the same challenge last time, and she had won when her opponent killed herself for her.

Tsukiko tells him that Celia would be the more significant loss to the circus since Marco helps it through his bonfire but Celia maintains the circus through herself so Tsukiko tries to help Marco kill himself when Celia comes in between and teleports her and Marco through the bonfire deep within the circus which ended with them being neither dead nor alive which means that the challenge is over since neither of them is dead but they aren’t alive either so it’s a loophole but the bonfire had extinguished and the circus cannot survive without it.

Luckily bailey had come back to the circus since he had previously been told to be there by poppet and Celia tells him about everything and how he has to take charge of saving the circus but she gives him a choice and he agrees so he carefully follows their instruction and delights the fire which saves the circus and everyone in it.

No Comments on The Night Circus Summary