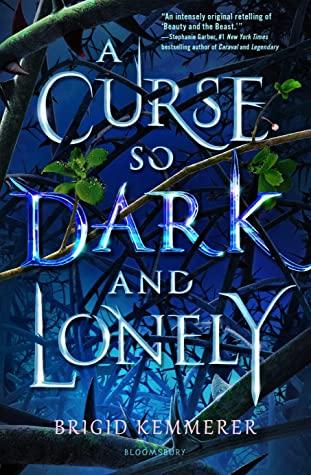 A Curse So Dark and Lonely Summary

A Curse So Dark And Lonely begin with Prince Rhen, the heir of ember fall who had been cursed by a powerful enchantress as he turns into a ferocious beast by end of every season.  This curse can only be broken if a girl falls in love with him which he thought would be really easy in the beginning until the first season.

He killed all his family and in the second the whole castle was killed except him and the old commander of Rhen’s army called Grey and they both have been trying to break the curse for millions of years but every time a season ends, it all resets.

Harper is a normal girl with cerebral palsy which makes it unable for her to move equally.

Harper’s father is long gone and her mother is on the edge of death so her elder brother has to work for the people their father took a loan from so he stations Harper as a lookout since she always wants to help.

One day when she was on the lookout, she saw a man trying to take a stranger somewhere so she tries to help but instead the man takes her and teleports her to a magical world.

Harper is brought to Rhen’s castle by his commander grey who is currently pinning her down and now Rhen has to make her fall in love with him somehow or they’re gonna fail this season again but they learn that Harper isn’t as trusting as the other girls that grey has abducted before.

The first thing that harper tries to do when she gets there is trying to escape which almost happens but they catch her again and lock her in Rhen’s sister’s old room.

Lilith, an enchantress who so happens to be the same one that cursed Rhen, arrives and she tortures Rhen and grey then tells them that this would be his last season therefore his last try and if he fails to make Harper fall in love with him. He will remain a monster forever. When she leaves, Rhen asks grey to kill him before he transforms once and for all.

Harper tries to escape from the bedroom which he does so by climbing down the two stories from the window then she gets on a horse and rides away.

As soon as she leaves the castle boundaries, she notices that it starts snowing but the castle and its grounds were warm. however, she continues moving forward nonetheless.

Harper witnesses a house being burned down by men who said that they work for the crown and they were also gonna kill the woman and the children but harper runs over with her horse and ends up killing one of them then Rhen and grey arrive who had followed Harper and they finish the rest of the men.

They learn that the woman’s name is Freya and they take her and her children to an inn nearby.
They stay there for a while but people start thinking that Harper is a princess from a faraway kingdom called Disi (Washington DC) and that she is here on an alliance.

Harper also learns that the king and all the rest of the royal family are dead but none else knows that.
Lilith is actually taking revenge and she cursed Rhen since his grandfather killed all her people which makes her the last sorceress and she had absorbed all their power so she is also the strongest.

In the castle, harper comes across a room filled with blood and Rhen later tells her that it’s his since he dies every season or else tells grey to kill though he comes back this is his last season so if he dies, it’s final.
Harper sees all the food in the castle and decides to take some to the inn but Rhen and grey think that she’s trying to escape again so they go after her too but realize it later and accompany her instead.

While they were at the inn, a group of men come and say that everyone has to evacuate and they too say that their orders come from the crown though they find out that they come from shy shallow and Harper acts and says that her kingdom from Disi will not like this and that they would probably send troops to kill their people. They manage to chase them away.

Grey teaches Harper how to throw knives which she learns pretty easily and then Rhen asks Grey to attempt to put together a royal guard that at least gives the impression of them being prepared.
Harper asks Rhen to ask Lilith for a passage home the next time she arrives but Lilith denies it since Harper threw a knife at her after seeing her torture Rhen and Lilith leaves after adding a scar to her face and Harper finally understands why she is so dangerous.

The group travels to a nearby town so they can tell people that the crown is with them and announce their nonexistent alliance with the kingdom of Disi which is part of the plan for victory against a shy shallow.

They get attacked but everything turns out fine and a lot of people even pledge themselves to the crown.

Harper starts trusting Rhen but she still can’t decipher if what he says is genuine or if that is accounted for as well.

For the guard, many people arrive at the castle to help but the only people to actually make it are ten of them and one including Zo who usually guards Harper’s door and eventually becomes friends with her.

Harper finds out that Lilith comes to Rhen’s room every night and tortures him by showing him the images of his peoples conditions and the people he has killed in his beast form so Harper invites him to join her in her room since Lilith had promised not to interfere with Harper and it works.

Harper learns more fighting while staying in the castle.

Lilith arrives one day and shows Harper the condition of her brother and mother, Lilith also gives grey the ability to travel between worlds whenever he likes and harper wants to go home but grey is reluctant to let her so Rhen orders him to let Harper go which would also mean that he has lost his last chance of breaking the curse but he had fallen in love with her.

Rhen starts growing scales and finds out that the monster is near.
Grey takes Harper along with the jewels that Then sent so that her family can get out of their financial trouble and Harper tells Grey to come back for her the next day.

Karis Luran who rules shyly shallow arrives for a meeting with Rhen but she doesn’t fall for the lies of the fake alliance with the made-up country and even tells him that she knows the king is dead because of the secrets that only they knew and she tells Rhen of another child that is the true heir of ember fall.

Harper’s mother dies, leaving her and her brother alone, and Grey doesn’t return for days.
During that time, Rhen tells grey to get all the people from the castle out since he feels himself changing into the beast, and he jumps out of a high window in a vain attempt to kill himself, but it turns out too late since he transforms and this time he has wings.

After days with no word from Grey, he arrives at Harper’s door though covered in blood and heavily wounded.
Luckily, Harper was having dinner with her brother Jake and his boyfriend Noah, who so happens to be a doctor and stitches Grey up.

At the moment, the men who their father owed money from arriving with guns and Grey saves them by reporting to ember fall with Harper, Jake, and Noah.

Rhen’s army finds them, and she tells everyone that Jake is the crown prince of Disi and Noah is their healer.
They get taken back to the castle, and they learn about the monster that has turned this time.

Harper, Jake, and Grey attempt to draw the monster away from the castle, but Rhen recognizes Harper and grabs her then flies away, but Harper seems to get through to him and takes him back to the castle where people start thinking that she has tamed the monster.

Harper gets Rhen to attack the army sent by Karis Luran, and they defeat them, but Harper gets badly injured and wakes up at the infirmary where Noah is treating the wounded.

Harper goes to see Rhen, who is still a monster, and Lilith appears again.

To protect harper, Grey offers to serve her and to give her an oath that seems to pick her interest, and she accepts.
Lilith attempts to kill Rhen, but Harper gets in between getting hurt yet again, and Grey tries to finish off Lilith since he never really said the words for an oath. He teleports to Harper’s world to finish her there, then he teleports back without making sure that he did it.

Rhen turns back to his human form, but he is unsure whether it happened because Harper fell in love with him or if Grey had finished off Lilith since Grey hadn’t come back.

Harper then wakes up after six days of the incident to find Rhen back to normal, and she also learns that Grey isn’t back, which means that she, Jake, and Noah are stuck in ember fall.

In the epilogue, we see Grey had returned to his homeworld, and he currently hides at his mother’s house while he heals. His mother tells him that the king had brought him to her, and he is likely the heir of Emberfall, but he denies saying he doesn’t want to believe and goes into hiding, so he doesn’t cause any trouble.

No Comments on A Curse So Dark and Lonely Summary