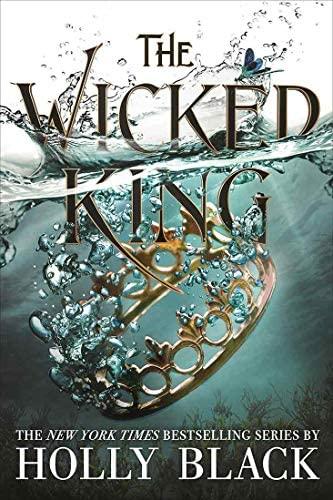 The Wicked King: The Folk of the Air Summary

The Wicked King starts with Jude Duarte, who had become the high king Cardan’s seneschal, and she had also become the leader of the court of shadow, but the high king, of course, hates her since he had been tricked into becoming king when he didn’t want to.

Locke, who was Cardan’s friend and the soon-to-be husband of Jude’s twin, wanted to be the master of revels, but of course, she just didn’t want that, but she couldn’t say anything to Cardan anything without being suspicious.

Then a court of shadow member comes with a note for Cardan from his brother prince Baldwin who is locked up. In the note, it’s written that he wants his brother to go and see him. Still, Jude confiscates the message and goes to see Belkin instead-but Balekin doesn’t say anything to Jude anything, so she kidnaps a guard to ask him what Balekin didn’t say.

Still, he didn’t know anything, so instead, he decided to give even better information in exchange for his freedom, and that was that notes were being exchanged between Belkin and the queen of the undersea and that she is planning to use the information Belkin is giving her to ruin Cardan which is surprising since her daughter Nicasia is one of Cardan’s friends.

Jude then sends the guard back to promise that he will bring her more information in exchange for a position outside the prison.
When she reaches the castle, Jude is surprised to find her twin sister Taryn trying to make amends with her before the wedding and asks Jude to come since things weren’t good between them.

Later, Jude also finds out that the undersea queen wants her daughter to marry Cardan and rule as the queen, and if he denies it, she will sink faerie with her water powers.
Jude is still anxious about the promise she made to the court of termites in exchange for their assistance in making Cardan king.

As part of her plan, Jude wants to give a prisoner some false information so that it reaches Belkin’s ear since Jude’s little brother oak will be coming for Taryn’s wedding, and he is just too important.
Jude picks an older woman who wanted to give Jude some information, but it turns out that the woman was actually Cardan’s mother; but she doesn’t tell him, but she asks Cardan to get more information out of Nicasia.

Jude goes over to the mortal world along with the roach from the court of shadows to pick up her sister Vivienne and her brother oak, along with her sister’s girlfriend, who had no idea about faeries until the last minute, but she accepts it.

When they arrive back at the faerie, Jude goes to Grimson, who is a metalworker, to get a gift for Taryn at her wedding, and she ends up getting a pair of earrings. Jude then goes back to the court of shadows, where she works on safety plans for oak, but Cardan also comes there to tell her that the queen of the undersea is planning to make a move on Taryn’s and Locke’s wedding.
Taryn wanted to spend the night before her wedding with her sisters, but on the way to her old house, Jude gets attacked, but she couldn’t tell who it was.

Jude manages to escape with only one severe wound and climbs up to her old room before anyone finds out though Vivienne works to find out and helps her.
Since Jude lost her luggage in the attack, her foster mother Oriana let Jude borrow a dress for the wedding.

At the wedding, Jude notices Taryn wearing the earrings that she had lost and how Locke looked like he had a broken limb, so Jude found out that it was locked, and his friends attacked Jude the night before.

Then suddenly, the court of shadows takes Jude away since there was word that the queen of the undersea has made her move, and Jude hurries to the prison but sees that Belkin’s cell was empty and that she had rescued him.

When on her way back, Jude gets betrayed by the ghost, and someone hits her on the back of her head, so she blacks out only to wake up in a cell in the underwater kingdom.

They use magic on her so that she answers everything and does all that, they say, but neither did they know that because of Dain’s geas, no faerie magic works on her. She’s just acting, but it is pretty tiresome since she has to pretend that she’s comfortable when she’s not and even that she’s full when she’s not.

One day Jude finds out that Cardan had offered to pay ransom to get her back, which she is surprised about. Still, one of the prices is Belkin’s terrible freedom. However, Belkin uses magic on Jude to make sure that Jude kills Cardan whenever she gets a chance and to avoid any other spell, but it’s not like it’ll work anyway, but Jude still doesn’t know what else was part of ransom that Cardan did to get her back yet.

Jude is seated inside a carriage, and they take her to her foster father Madoc’s house.
When she wakes up, she’s in her old room with her twin sister Taryn, but then Jude hears someone call for her.

Dulcamara recalls the favor that Jude owes them for making Cardan king and they say that they want Jude to kill Balekin, which is troublesome since it can cause a war between faerie and the undersea but Dulcamara says she doesn’t care about the war.

Jude tries to meet up with the guards and is ordered not to let her in by Madoc, so she goes back for the night, but then she climbs up to his window instead.

There she tells Cardan about Orlagh (the queen of the undersea) and Balekin’s plan to kill him and even has to repeat it again as the roach and the bomb enter the room.

The next day at the masquerade party, she gets reminded of her promise to kill Balekin by lord Robben, but it turns out that someone had poisoned Cardan.

They take him to his chambers, but nothing is working when a note is sent by prince Balekin saying that he has the remedy, so Jude goes to get it.

She tricks Balekin and gets the antidote from him; then, she immediately tells the bomb to give it to Cardan.

Belkin and Jude fight, and Jude ends up killing him.

When Jude returns to Cardan’s room, she finds out that her sister Tartan had come dressed up as her and asked for half of the army and for Madoc to be released of the promises they made to the crown and he had agreed.

Cardan then calls Jude to him again, and he asks for his freedom in exchange for marriage to get what she wants without ordering him to do anything.
Jude agrees.

The following day, Cardan gets notified that his brother was killed in a duel, and he immediately figures out that it was Jude but isn’t precisely mad at her.
They go to meet with Orlagh, who is furious, and she also knows that it was Jude and threatens war, but Cardan scares her with his power to control nature and how under the sea there is the land he can handle.
He proposes that Nicasia can become the new ambassador of the sea, and as a justice, he exiles Jude.

No Comments on The Wicked King: The Folk of the Air Summary