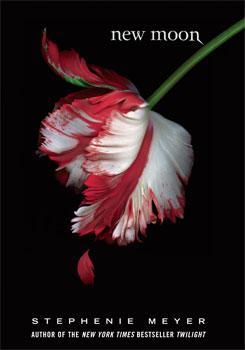 New Moon starts with Bella on her eighteenth birthday, but she despises it since she gets older while her boyfriend Edward Cullen stays the same age.

After school, Bella is taken to the Cullens’ house for a party that invited everyone in the town, including Rosalie and Emmet, who were on vacation.

At the party, an accident occurs; Bella gets a paper cut while opening a present which is terrible to have in a house of vampires.
Jasper, who was the newest in the no-human diet, immediately loses control and almost attacks Bella, which only ruined the party.

In the next few days, none of the Cullens came to school except Edward. Even though he attended most of the school days, he wasn’t really there. He remained lost in his thoughts, so Bella thinks that he still feels that it was his fault for what happened at the party.

Then one day, Edward takes Bella for a walk and tells her that they all are going and that Bella should forget about them since it’s too dangerous for a human to be that close to vampires, and he leaves, leaving Bella alone.
Days and months passed by without Bella hearing a word from the Cullens, which made Bella slowly fall into a zombie-like state.

Weak and pale with perfect grades but neglecting all her friends until they all stop asking her to come along. Her dad, of course, is worried sick, but no matter what, she doesn’t change and continues to ignore all her friends.

One day when passing through the neighborhood, she sees two broken-down bikes on sale, and she takes them, but she doesn’t do anything about repairing cars, so she decides to take them to Jacob, who is her father’s friend’s son, and he remodels vehicles for fun.

Bella secretly brings in the bikes without his father noticing, and he naturally agrees to help her against their fathers’ knowledge.

Bella spends the whole day hanging out with him in his garage and even promises to come back later to see how he does things.

When she got back home, she was in a better mood than she had ever been in since Edward left.

As the days go by, Bella goes to Jacob’s house every day, and they become best friends; Bella even becomes healthier and less zombie-like but, of course, still not entirely better.

After a while, she finally decides to contact her friends and plans to go to the movies with Jessica, who was Belle’s first-ever friend in forks. Unfortunately, the movie turns out to be romance, and she ends up skipping most of the movie.

When walking back, Bella looks at some random people, and they remind her of guys that Edward had once saved her from, and she goes towards them, but when she gets closer, she gets a vision of Edward warning her to not do anything reckless, and she goes back to Jessica.

After a few days, the bikes were completed, and Jacob and Bella often go to ride to give her the ever-needed adrenaline rush that makes her hear the voices of Edward in her head.

One day Jacob gets sick, and she can’t meet him anymore. Even the visions of Edward had stopped, so she decided to go hiking and try to find the beautiful flower meadow that Edward had shown her long ago. When she finally finds it, she isn’t alone, and there comes out Laurent, who was previously in the coven of the vampire James who tried to kill Bella in part one, but Laurent had left since he didn’t want to any trouble.

He asked Bella about the Cullens, but the vision of Edward came yet again and told her to lie, which she did, but Laurent had figured out and said that he had to kill Bella because of a debt that he owed to Victoria, who was also in James’s coven but she loved him.

Laurent was about to attack Bella when suddenly a pack of giant wolves chased after him, giving Bella the time to run.

The wolves were unmistakably the mysterious creatures that were seen by people who were in the woods.

A few days later, Bella waits at Jacob’s house since she realized that he isn’t sick. It turns out that he joined a group of boys who were known to roam around the town shirtless and barefoot. Still, Bella thought it was weird since Jacob didn’t like them so, in the night, Jacob comes in through Belle’s window in her room and tells her that he can’t say anything about it but gives her a clue before he leaves.

The clue was that Jacob had told Bella about a story that said to her that the Cullens were vampires the first time they met again. Still, he mentioned something else, and that was that some people say that wolves descended them and that werewolves and vampires are natural enemies.

So made it obvious that Jacob and his new friends were actually werewolves and that they are probably the same ones she saw, but that just made her worry even more since she told her dad Charlie about the wolves that she saw. Since he’s a police officer, he had decided to go out in the jungle with a gun. Bella went to Jacob’s house to warn him but met his werewolf friends instead.

They get surprised by how she had found out since Jacob couldn’t have told anyone since it was their pack alpha Sam’s orders, but the wolves were quite friendly.
They were actually after Victoria, and it was quite some help for them to know that Victoria was after her, so to keep Bella safe, they often left her with the alpha Sam’s fiance.

Once when the wolves are out on the hunt, Bella remembers the other members deep diving from on top of a cliff, and she remembered thinking it was fun, so she does it, but she gets caught up in a considerable current and almost drowns when Jacob had to go and save her.

Jacob tells Bella that one of their fathers’ friends had died at the hands of victoria. When Bella reaches her house, her father Charlie isn’t there, instead of Alice Cullen. Alice is just as surprised to see Bella alive.

It turns out that Alice saw a vision of the future and saw Bella jump off the cliff, but she thought that Bella had committed suicide, so she had come to help Charlie.

Alice is relieved, and she agrees to stay for a few days.

When Jacob arrives to check if Bella is alive since he doesn’t trust any vampires, he wasn’t delighted to see how close Bella and Alice are, nor is Alice to see that Bella’s best friend is a werewolf.

Alice leaves the room for one second since Jacob wanted to talk to Bella, but the phone rings, and Jacob picks it up.

The one who called only asks one question: “Where Charlie is?”.

Jacob answers that he is at a funeral, and the person cuts the call.

Alice suddenly comes back to the room and tells Bella that the person who called was Edward and that he heard about Bella jumping off a cliff from Rosalie. He thinks that she is dead but is still called to check, but Alice had a vision of him asking different coven vampires to kill him.

There was no time to lose, Bella and Alice had to hurry, so Bella told Jacob to tell Charlie about her leaving for a few days.

They had to go to Italy to save Edward, but luckily it won’t take him too long, and they still have a chance to save him since the vampires (Volturi) he asked to kill him will deny, but then Edward will start thinking of things that will go against the rules of Volturi.

They arrive through the plane and Alice sees that to anger them, Edward would go under the sun, and the people will find out that he is a vampire—making it too late to save him.

When they arrive in Italy, Alice steals a Porsche, which looks like the fastest car around, and they drive towards the clock tower where he will go under the sun at exact noon.

It had to be Bella since Alice went, Edward would have read her mind and thought that she’s lying, so he would have hurried so when they couldn’t go by car anymore, Bella was to run towards them, and she did it but barely in time.

Bella had stopped Edward, but it was close, and some of the guards of the vampire coven in the city and they take them to see the same vampires who Edward asked to kill him along with Alice, who joins them later.

The vampire’s coven was also of three, and they also had powers among them; one of them could know your entire life if he touches you, which he did to Edward.

He was also the main one out of the three.

He thought that it was fascinating that in the entire world, the only one whose mind Edward can’t read is Bella’s, and he tried to read her whole life, but that failed too, which just made him more interested in her. However, what they needed more was Alice.

They thought that it wasn’t logical for a human to know their secret and that it would be dangerous to them, so they decided to kill Bella. This inevitably caused a fight until Alice showed up to show them the future of turning Bella into a vampire.