In the Journey To The Kingdom Of Arabasta, the next island they arrive on is Little Garden, but the island itself is not tiny at all and is home to gigantic animals and dinosaurs of all kinds.

Although Nami and Usopp are really scared to go anywhere outside of their ship, Luffy leaves to go explore the island along with Vivi, and on their adventure, they meet Dorry, a warrior giant from Elbaf who Luffy is quick to befriend.

Meanwhile, Zoro and Sanji also get off the ship to get food, and they challenge each other on who gets the most, leaving Nami and Usopp alone, who are then found by Brogy, another giant who takes them to where he’s living.

Unknown to the straw hats is that Mr. 5 and miss valentine along with Mr. 3 and miss golden week are here on the island to capture the pirates, and they also wanted to kill the two giants as a bonus since they also had bounties, although those are very old.

Dorry tells Luffy that he and another giant, Brogy, have been fighting each other for a hundred years and when Luffy asks what the reason for their fight is, Dorry, says that he no longer remembers.

On the other side, Brogy tells roughly the same thing to Usopp and Nami, and he leaves to Dorry on another match and watching it gives Usopp courage and admiration.

The fight, however, ends in another draw, and they both go back to where they’ve been living. As Dorry drinks the beer that the strawhats give him, he suffers an internal explosion as the beer had bombs which were placed by Mr. 5 but Dorry who doesn’t know that, blames Luffy and they fight, but Luffy beats him by using gum gum rocket, but at that point, the giants had to fight again.

Luffy tries to stop Dorry since he was injured, and this would be an unfair fight, but Dorry raises a huge rock and pins Luffy down beneath it.

Meanwhile, Zoro is captured by the agents of the baroque work and so is Nami after she got separated from Usopp, who gets to Luffy and tells him about the disappearance of Nami, which leads Vivi to figure out that this was all the doing of the baroque works doing and she also gets caught while Usopp helps Luffy out from under the giant rock.

The giants fight but Mr. 3 also interferes by using his candle powers to make wax and slip Dorry, and while Brogy does notice something wrong, it’s too late. He gets captured by Mr. 3’s powers which can create wax as hard as steel and he also creates a giant tower where he also traps Nami, Zoro and Vivi so that as time goes on, they would be turned into wax statues.

Just as Zoro was about to cut off his legs, Luffy and Usopp arrive along with Carue, who had escaped from the agents despite their previous attempts to try and get him to shout loud enough to lead Vivi to them.

Luffy makes the mistake of trying to break down the tower, but it only makes them turn into statues faster while Mr. 5 and Miss Valentine go after Usopp and Carue, who can only run at the moment.

Miss golden week puts Luffy under her hypnotic control over and over as his Nakama (friends/companions) and Broggy turn into wax figures, but then Usopp uses his fire star to burn Luffy’s shirt and bring him back to his senses and continues to fight Mr. 3.

Usopp figures out that the density of the wax is still enough that it could be burned if used at the right temperature, so he takes out a rope that is infused in gasoline, which he gives to Carue with specific instructions to put them around the tower. In contrast, he gets taken down by Mr. 5 and Miss Valentine.

Carue manages to put the rope around the tower, and Luffy lights it up, which is enough to melt it away and free them all.

Nami and Vivi defeat Miss Valentine while Usopp tricks Mr. 5 into eating his tobacco star, and he is then saved by Zoro from an angry Mr. 5.

Luffy and Carue go after the Mr. 3 team, who tries to hide among a bunch of fast created wax clones, but Luffy manages to punch him out with the help of instinct which he used to distinguish him and Carue beats miss golden week, who was just a kid.

It also turns out that Dorry had just passed out because of the fact that Brogy’s axe had dulled too much in the hundred years, so when he wakes up, the giants let go of their fight and are incredibly grateful to the straw hats.

Meanwhile, during the whole thing, Sanji had found Mr. 3’s secret base where he was drinking tea when he got interrupted by a call, and it turned out to be the warlord Crocodile or Mr. 0 and the boss of the organisation baroque works.

Crocodile, who mistook Sanji for Mr. 3, asks if he had dealt with the strawhats and Vivi, to which Sanji lies and says he had pleasing Crocodile then the unlocked arrive who are the messengers of baroque works, but Sanji defeats them before they could go back.

When everyone meets up they all board the ship with the log pose still not pointing at a different island since it takes one year for it to set at the little garden, so their strategy was to sail blindly until they come across an island and Dorry and Brogy were there to bid them farewell, and they also use their weapons one last time to help the going Merry from the island water which is a huge goldfish and the straw hats are once again back out in the ocean. 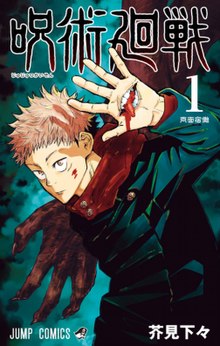 In the sea, The strawhats discover that Nami has caught a deadly fever from Little Garden and since they don’t have a doctor, they’re going 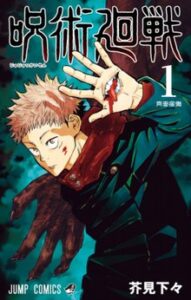 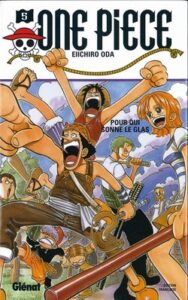