Brook was one of the many musicians in the Rumbar Pirates, and one day they saw a crying baby whale following them, so brook suggested that they sing a song to him since the Rumbar Pirates’ motto was that they could make even a crying kid smile so they sang and it worked.

In the rest of their journey, they were followed by the same baby whale, who they also named Laboon, and Laboon had become one of their Nakama (friend/comrade); they had also noticed that Laboon was the closest to Brook.

The Rumbar Pirates had soon realized that Laboon was too small to come with them to the grand line since it’s going to be really dangerous, so they send brook to try to reason with him, but laboon but failed, so they tried to ignore him until he left which seemingly worked since they could not see him anywhere.

They crossed the red line, but their ship was heavily damaged. Therefore, they decided to stay awhile, and that’s when they realized that Laboon had followed them, but they decided to let it go.

In the three months that it took for their ship to be fixed, they used that time to sing along with laboon, but then it was time to leave.

Brook had convinced Laboon to stay at the red line while they explored the grand line. They and they promise that when they explore it all, they will come back over the red line and take Laboon with them to the rest of their adventures since Laboon would be old enough by then, and they leave him in the care of crocus, who they met in a lighthouse, and they got close in those three months.

After a lot of time of exploring the dangers of the grand line while also singing countless songs, their captain Yorki had caught a contagious disease along with some of the crew, so he had ordered them to put all the diseased in their old ship, and they would try to get out of the grand line through the calm belt. Still, his one regret was that he wouldn’t get to see laboon.

The rest of the crew continued on in the new ship with the newly appointed captain brook. Brook had even got his own bounty.

Their travel had gone relatively smoothly until they entered the Florian triangle, and they got attacked by some pirates they had defeated. However, the enemy had used poisoned weapons, and they were all going to die, but brook suggested that they sing the last song for laboon to hear and record it on a tone dial that they had brought.

Brook actually had the Yomi Yomi no Mi which is the resurrection fruit, and he promised that he would take the tone dial to laboon.

They all died with smiles on their faces. Brooks’s soul had come back, but he had got lost and couldn’t find his body, so, after one year of searching, he finally found his body, but it had been turned into a skeleton.

For fifty years, he was left stranded in the Florian triangle since the ship’s rudder was broken.

The ship had come across a massive ship that was like an island called thriller bark. Hence, brook went to explore it in the hopes of finding stuff to fix the boat. Still, all he saw were the strange creatures that inhabited the island, and then he got his shadow stolen by Gecko Moria, who is one of the warlords of the sea. He has the shadow fruit he uses to steal people’s shadows and put them into dead bodies to create zombies.

Brook was sent back to his ship after his shadow got stolen. So he retraced his steps back to thriller bark, where he learned that the zombies’ weakness is. Hehe created quite the crisis for the island-type ship until he finally came face to face with the zombie with his shadow, but he got defeated. He begged the zombie to spare his life, but having no shadow means that he can’t go under the sun, so he would have to stay in the dark, foggy, to see if he likes it or not.

After years, Brook meets the straw hat pirates in the Florian triangle, and Luffy asks him to be one of his comrades with no sign of fear anywhere on his face, and surprisingly, Brook accepts.

Brook eats with the straw hats, and he tells them that he can’t come and recalls the incident with his shadow.

The straw hat’s ship also gets taken to thriller bark incidentally, and Luffy insists ongoing. Hence, some of the Strawhats’ shadows also, but Luffy manages to defeat gecko moria with some help, and he, therefore, releases all the people who have gotten their shadows stolen.

Luffy tells Brook about their encounter with laboon upon entering the red line and tells him that laboon is still waiting, which brings Brook to tears, and he joins the straw hats so he could fulfill the promise like it was made and he will come back over the red line again to meet him. 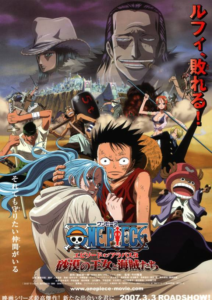 Journey To The Kingdom Of Arabasta – Part 2 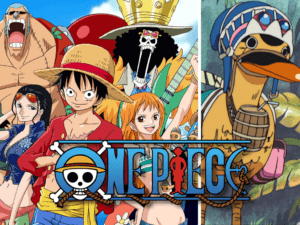 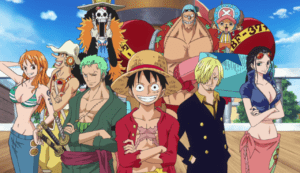 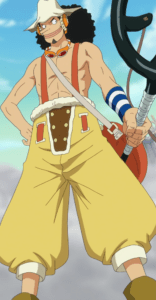 Usopp’s father was the sniper of the famous red-haired pirates, and since he was a pirate, he left his son when he was quite young.